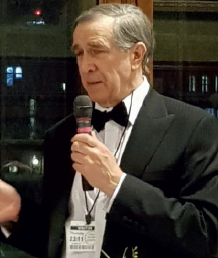 Citation for Prof Peter Charters
Prof Charters was appointed Consultant Anaesthetist at University Hospital Aintree in Merseyside in 1992. His clinical and research interests includeIntensive Care, anaesthesia for head and neck surgery, and management of difficult airway.Throughout his career he has been delivering high quality teaching, and research in airway management. He has mentored many trainees many of whom developed an interest both in the difficult airway, and in research, and go on to national and international presentation and publication. I have personally been enthused, mentored and subsequently supported by Prof Charters to become involved in both the Anaesthetic Research Society, the Difficult Airway Society and to spread expertise in airway management.
For many years Prof Charters has been a very active member of the Anaesthetic Research Society and has had over fifty presentations to the society published in British journal of Anaesthesia. (He was Council Member, then Treasurer from 1998 to 2002.)
Peter is well known for thinking outside the box. He has a very astute logical brain and the results are often simple but very effective. I was honoured to be a collaborator when he developed the ‘Aintree Intubation Catheter’(AIC), a hollow bougie designed for use with a fibre optic laryngoscope and standard laryngeal mask airway (LMA) or I-Gel. It is widely used in the unanticipated difficult airway when the supraglottic airway(LMA/I-Gel) has been used for airway rescue but tracheal intubation is still considered necessary.Aintree Intubation Catheter (Cook Medical) was introduced in 1996 and remains in everyday use worldwide. It is the surviving application of the notion of a “dedicated airway” to protect and oxygenate the airway during the intubation process. Other papers published include the use of a cuffed naso-pharyngeal tube and the cuffed oro-pharyngeal airway (COPA).
In 1994 Peter published a theoretical model for difficult intubation which demonstrated his mathematical genius and practical application. This original 2-D mathematical model was developed into a 3-D physical system by a group in San Diego (University of California) and used as the basis for a virtual system during on-going collaboration between Peter and Professor Duncan Gillies (Applied Computer Graphics, Imperial College). The latter collaboration has resulted in three successful PhD theses at Imperial and was important for one MD at Liverpool. Peter has also supervised two other successful MD theses in Liverpool. Mark Halligan’s thesis was important in popularising the use of the Bonfils laryngoscope for patients with airway malignancy internationally.
Peter has advised many other inventors in overcoming various difficulties in bringing their ideas to market.
For the last few years Peter and his group have developed a new strategy in management of the anticipated difficult airway. The Aintree Difficult Airway Management (ADAM) Courses stress the value of a detailed anaesthetic plan for the anticipated difficult airway patient. The associated website, developed by Peter, went live in May 2009 and remains the only guide worldwide that aims to match individual patient problems to the devices and skill of the anaesthetist responsible. “AdamWiki” (again essentially written by Peter) was a subsequent new website that documents in detail many of these airway scenarios so that the most up to date fully referenced information is immediately available.
Peter has been recognised by the Difficult Airway Society. He was lead organiser of the DAS meeting in Liverpool in 2008 (its year as “Capital of Culture”), and is an acknowledged expert in use of the Bonfils laryngoscope, and remifentanil sedation for fibre optic intubation. From 2013, Peter held the prestigious position of DAS Professor, conferred in recognition of a member’s national/international standing in the field of airway management as established by outstanding contributions through publications, creative work or other appropriate forms of scholarship, and through teaching and administration.
Prof Charters has been honoured by the Royal College of Anaesthetists in 2014 who awarded him the Dudley Buxton Prize in “recognition of his estimable services to the speciality”
Prof Peter Charters continues to do his clinical work which has always been important to him. He is very generous with his time to everyone he teaches from the medical student to the ENT registrar or an international visitor -always giving them support and encouragement. His motivation has always been improving patient safety especially in the area of airway management. I feel honoured to have been a colleague and friend for many years. Peter is undoubtedly one of the cleverest and respected people I have met and constantly challenges orthodox thinking. His tireless teaching, speaking, chairing, writing, editing and researching have led to his position as one of the top airway management authorities in the world. His role as a teacher and mentor of trainees, skill in clinical anaesthesia and calm authority can all be attested to at the highest level.
Peter is married to Seema who is also an anaesthetist and an airway enthusiast. She tells me Peter has changed recently. He has read and been inspired by a book entitled “After Fifty”.The author, Joe Friel, is endurance sports/cycling coach and the first line of the book says “I am 70. There I have said it! “Peter is the same age and is racing too!
"Prof Charters is a very worthy recipient of the DAS Macewen medal awarded to a DAS member as a prestigious mark of excellence for contribution to the society and airway management."
Prof Ellen O’Sullivan,
OCT 2017
Attachment
2017 DAS Medal - Prof Peter Charters
Category:
DAS Medal 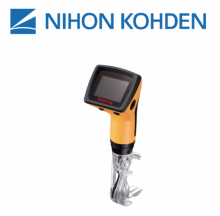