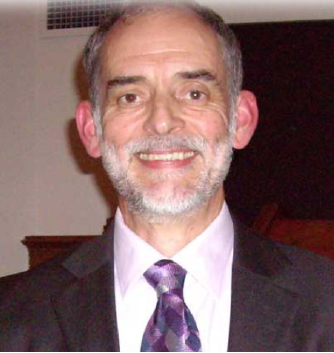 Citation for Nicholas M Woodall
Nick Woodall has been researching, teaching and developing airway management throughout his career. Recognising the limitations of training in awake fibreoptic intubation he developed the first UK hands on course where delegates were taught the technique and then practised on each other.
I first met Nick many years ago outside a hotel next to Regents Park where we were both pacing around rehearsing our talks for an airway meeting the following day. We introduced ourselves and both of us then recalled that I had written a letter to the BJA calling the ethics of his course into question! This could have been an awkward moment but Nick was quick to say that he and his colleagues had been pleased to be challenged as it enabled them to review whether they should change their participant information or the way that they ran their courses to ensure that any ethical issues had been covered appropriately. He has continued to invite accept and take on board any challenges to his ideas about airway management and has always been keen that all arguments are supported by the best available evidence. He shares his knowledge and ideas freely; there are now a number of intubation courses like Nicks around the country - the common feature is that usually the person setting up the course was a delegate at one of his courses in the past.
Nick has been a member of the Difficult Airway Society since its inception and was a regular workshop leader at DAS meetings. He was Projects Officer for the Society tor 4 years overseeing several DAS projects but most importantly (working alongside Tim Cook) he was intimately involved in the genesis of NAP4, one of the most widely quoted anaesthesia resources in the world.
The whole NAP4 team was fantastic and engagement from the profession as a whole was amazing but having been involved in the project there is absolutely no doubt in my mind that NAP4 could not have happened without Nick - as well as being an editor of the report he had the key responsibility ofsetting up, maintaining and managing the database, including ensuring it met all security requirements (security encryption was at the level of national secret service departments) and keeping thousands and thousands of data points up to date and accurate -a somewhat unsung role, but absolutely necessary and appreciated by all those within the NAP4 team.
NAP4 was a huge amount of work and like Steve Redgrave's relationship with rowing boats(after his Sth Olympic win) Nick vowed he would never again get involved in another major airway project ("if I ever agree to anything like this again, shoot me"). However in 2012 given his intimate knowledge of NAP4 he agreed to be an advisor for the 2015 DAS airway guidelines - this soon morphed into being a section author and general writer and with his clear thinking and excellent penmanship he was (despite being 12,000 miles away in New Zealand tor 12 months) a major contributor to the guidelines.
It is an uncommon pleasure to come across an exceptional teacher. It is rare to find a doctor with the necessary dedication, concentration and administration skills to safely manage huge amounts of confidential patient data. It is unusual to find an anaesthetist with a flair for assimilating complex ideas and being able to write them down clearly, simply and interestingly.
To find all three of the above in a single individual and for that individual to have good humour and good grace is simply fantastic. Nick Woodall is such a person and for this reason I feel he is fully deserving of the award of the Macewen Medal.
Dr. Chris Frerk
Northampton 2016
Attachment
2016 DAS Medal - Nicholas M Woodall
Category:
DAS Medal
Tags:
das medal